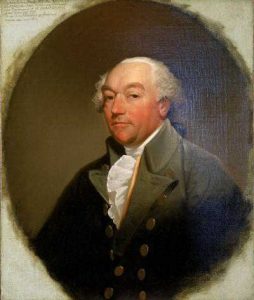 William Rowell was born in Essex, Massachusetts on September 11, 1740. He was the son of Jacob and Dorothy (Straw) Rowell. William Rowell married Mary Brown in Epping, New Hampshire on May 5, 1763 and had issue.

Captain William Rowell removed to Virginia sometime after the War, most likely after the death of his wife, Mary in 1790. He married secondly, Hannah Sargent, a daughter of Jeremiah and Armenellah Enoch.

Captain William Rowell died in Wood County, Virginia (present-day Wirt County, West Virginia) on September 27, 1816. He is buried in Round Bottom Cemetery next to his second wife, Hannah, near Elizabeth, West Virginia.