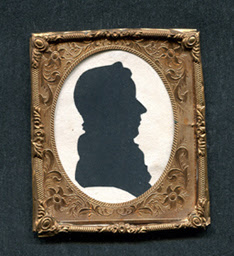 Michael McClary was born in Epsom, New Hampshire in 1753. He was the son of John and Elizabeth (Harvey) McClary, and nephew of Major Andrew McClary. He was a 2nd Lieutenant in Captain Henry Dearborn’s 8th Company as it was organized in 1775. He served in this position during the Battle of Bunker Hill. He was commissioned as a 1st Lieutenant in the 5th Continental Infantry (the designation the 1st New Hampshire was called for a brief period) on January 1, 1776. On November 8, 1776 he was commissioned as Captain with duties as the Commander of the 3rd Company of the 3rd New Hampshire Regiment, Continental Line. He resigned his commission in October of 1779.

After the Revolution he became one of the original 30 members of the Society of the Cincinnati in the State of New Hampshire. He was the second Treasurer of the Society and served in that position for 39 years.

After the war he was active in town and state affairs, as well as the New Hampshire Militia, and held the office of Adjutant General for New Hampshire for 21 years. His wife was Sarah Dearborn, daughter of Dr. Levi and Sarah (Swett) Dearborn, and married at North Hampton, New Hampshire on October 1, 1778.